Should I Replace my Split Bus Panel?

Should I Replace my Split Bus Panel?

Split bus panels are typically found in homes built before 1980. These types of panels have limited spacing and no main breaker to shut the panel off. Through the increase of technology and home appliances, these panels are often overloaded to the point of being unsafe. Due to its age and condition, you should replace your split bus panel. 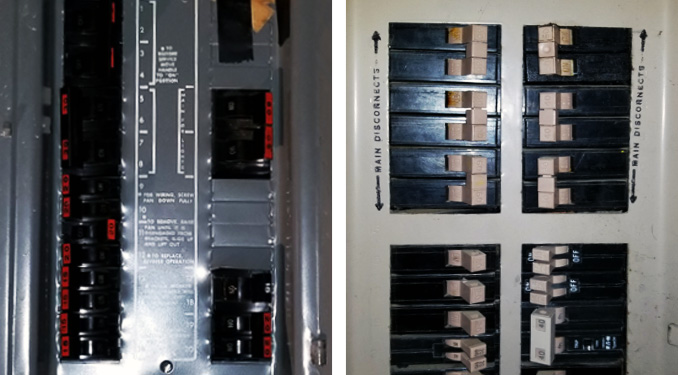 Split-bus panels typically have 6 “main breakers” that will shut off power to the entire home. These breakers usually power larger loads such as electrical ranges, dryers, and water heaters. Then there will usually be a 60A breaker that feeds a lower section which powers the rest of your home. No larger loads such as those already listed, car chargers, air conditioners, or hot tubs can be installed on this lower section as they’ll draw too much power.

So should you replace your split bus panel?

The electrical service and panel should be replaced by a licensed, insured, and bonded electrical company like us. Since it is the main distribution point for your power, it is important to make sure it is done safely and to code. Our electricians will be able to properly install everything so there’s no safety hazards. Additionally, here at Schwab Electric, we coordinate with each local power company to be able to schedule the disconnection of power so the panel or service can be safely worked on.

If you need to replace your electrical panel, contact us!